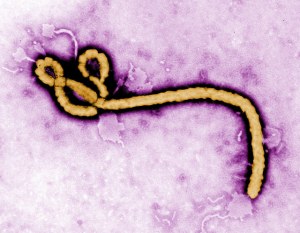 WASHINGTON, D.C. – Months after the start of an ebola vaccine trial, statisticians and scientists are still crunching the numbers to answer a crucial question: Does the vaccine work?

Such is the nature of vaccine trials. Long after participants stopped receiving injections, it’s not yet clear where the vaccine stopped further infections, to what degree the vaccine worked and what side effects occurred.

The discussion about the vaccine trial, Lessons from the Ebola Outbreak: Designing Vaccine Trials for Emerging Diseases, looked at how speed and organization contributed to the vaccine’s trial across Guinea during the 2015 outbreak.

When a trial moves as quickly as the Guinean ebola vaccine, the time spent analyzing the results may far outstrip the time spent administering the vaccines. The trial in Guinea was a sprint from start to finish. In the United States, it can take months or years to even get a vaccine approved for clinical testing. In the Guinean trial, only six months passed between the conception of the trial and its start.

“Was it difficult? Hell it was!” Henao-Restrepo said.

Beyond speed, she said the Guinea consortium, responsible for designing and implementing the trial, faced additional challenges. For one thing, ebola itself is a tricky disease to predict or track geographically. Sometimes, the outbreak would change course and hit unexpected communities.

In addition, the pace of the global outbreak moved even faster than the trial.

And finally, there was the tenuous relationship between global health experts dealing with the ebola outbreak and the West Africans being treated. Many Africans regarded all global health groups with a degree of suspicion, adding to an already tense situation. Henao-Restrepo said the Guinea vaccine consortium had to work carefully to overcome this mistrust.

To that end, the consortium included about 200 young Guinean doctors, nurses and scientists, as well as buy-in from the federal government, to support the trial’s implementation. In fact, one of the first people to receive the vaccine was a government health official, who got a shot on television. Additionally, the consortium worked with local community leaders when they entered an area to explain what they were doing and help gain the community’s trust.

Illiteracy was another challenge. Vaccine trials require informed consent, which generally means participants read about the vaccine and agree to take part. Because some of the Guinean participants were illiterate, the consortium sought out witnesses who could sit with the participants, help explain the process and ensure there was no coercion. For participants who couldn’t sign their names, the consortium accepted a fingerprint as verification.

The process seemed to work.

Partway through the trial, the team stopped the delayed vaccinations and moved exclusively to ring vaccination, which seemed to slow or stop the spread of ebola better. Official results still have not been verified or released.

Statistician Ira Longini Jr. of the University of Florida described the technical details of what would constitute a successful trial. Philip Krause of the U.S. Food and Drug Administration said the Guinean ebola trial met or attempted to meet all the requirements for a good vaccine trial, including that it was based on “good science,” bias-free and well-controlled.

So at the end of all this, does the vaccine work? There’s still no scientifically-clear answer. But the presenters all agreed: If they were traveling to an ebola-infected area, they’d request the vaccine first.

One thought on “In Guinea, the ebola vaccine looks promising but answers are elusive”